Are you an Eagle or a Chicken?

I’d like for you to use your imagination for just pa moment….. Imagine a chicken in a chicken yard. She’s scratching in the dirt looking for something to eat. It’s hot, dusty and dirty. Now imagine an eagle. He’s sitting high on a cliff, his sharp eyes scanning the valley in search of food. Finally, imagine a storm coming. Dark clouds looming in the distance. Rolling thunder and the threat of hard wind and rain just moments away.

What do you think these two birds will do in the face of the storm? They’re both birds but they face the storm in radically different ways. They both have wings and feathers and beaks. But the main difference between an eagle and a chicken is how they think. It’s what’s inside that counts as much as what’s outside.

The chicken will immediately become worried. She’ll run in circles and flap her wings. Of course, she won’t actually fly, but she’ll flap and cluck and run for the chicken house and the company of all the other scared chickens. She’ll try to get to shelter so she can stay out of the approaching storm.

Now what about the eagle? The eagle won’t run, and he won’t cluck and make a fuss. He’ll actually turn his face into the storm, feeling the strong wind on his face. Then, when the time is right, he’ll spread his wings, leap off of his perch, and fly directly into the violence of the storm. With his wings outstretched, he’ll catch the violent updrafts caused by the storm and be immediately swept up above the clouds and into the bright sunshine. He’ll remain above the clouds until the storm blows over and the skies become calm.

Which bird do you identify with? What do you do when the storms of life gather on the horizon? Do you immediately get anxious and start to worry about all the things that might happen to you? Do you find others who are also worrying and discuss the danger of the impending storm?

Or are you like the eagle that faces the dark clouds and uses the energy of the storm to rise above the fray? God has called us to be eagles. Isaiah 40:31 says, But those who wait for the Lord [who expect, look for, and hope in Him] shall change and renew their strength and power; they shall lift their wings and mount up [close to God] as eagles [mount up to the sun]; they shall run and not be weary, they shall walk and not faint or become tired (The Amplified Bible).

God doesn’t want us to cower in the face of our storms. He doesn’t want us flapping around, causing a bunch of commotion and confusion. He wants us to be still, to face the storm, and then put our confidence in Him. He will see us through. He will give us the strength and wisdom we need to ride out the storm.

Okay, so what do you do if you really wish you were an eagle but you’re a chicken? Good news! God loves to make eagles out of chickens! A chicken becomes an eagle by the way she chooses to handle adversity in her life. When you begin to see yourself as a conqueror and not a loser, you will find yourself becoming more eagle-like.

We all love the good times, but we don’t really grow until we go through adversity. It’s the tough times that we all go through that turn us into eagles. In Paul’s letter to the church in Rome, he said, Yet amid all these things we are more than conquerors and gain a surpassing victory through Him Who loved us (Romans 8:37, The Amplified Bible). Through God we are more than conquerors! He’s the One who gives us the faith to believe in Him. He is the One who will see us through the difficult times of life. 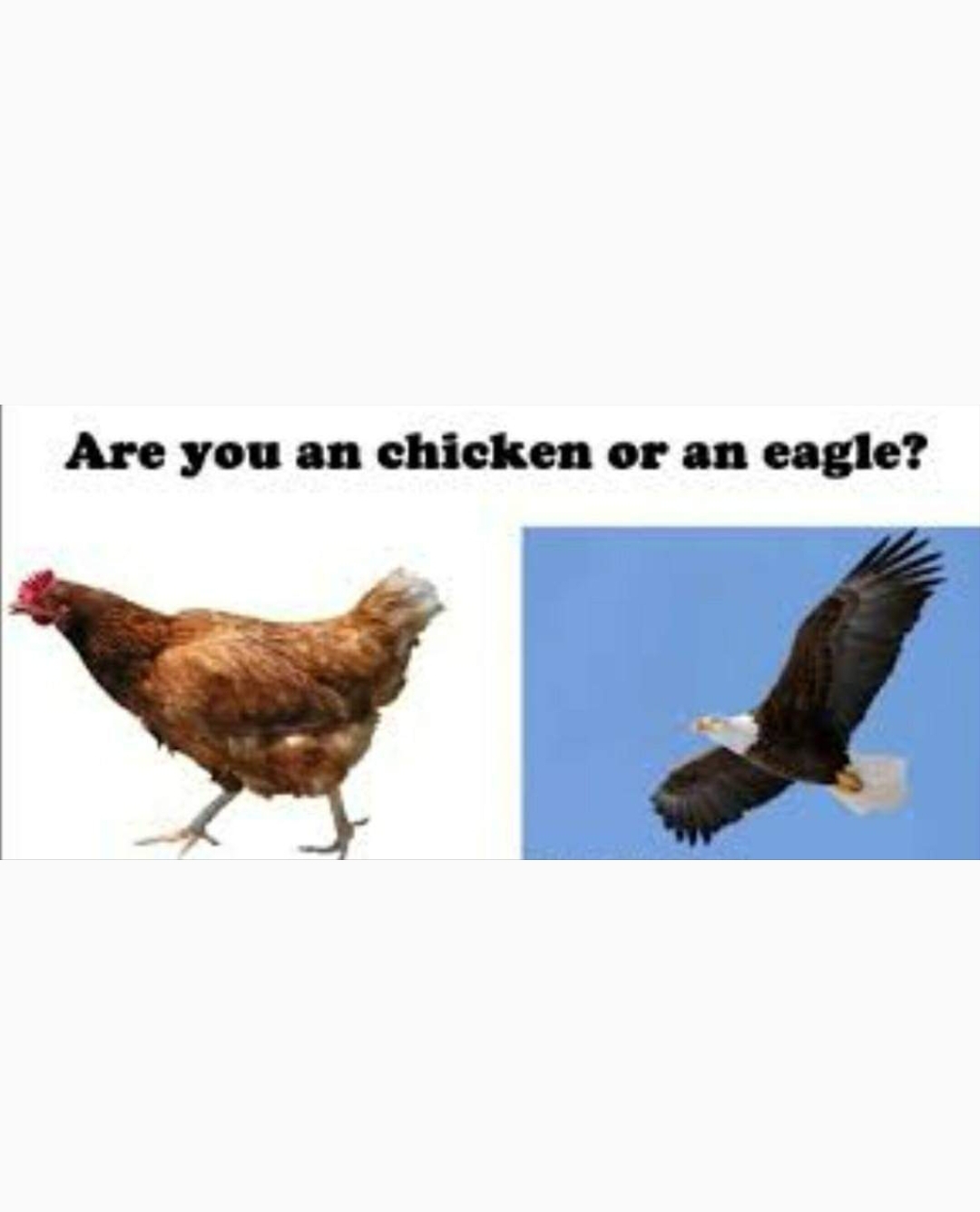 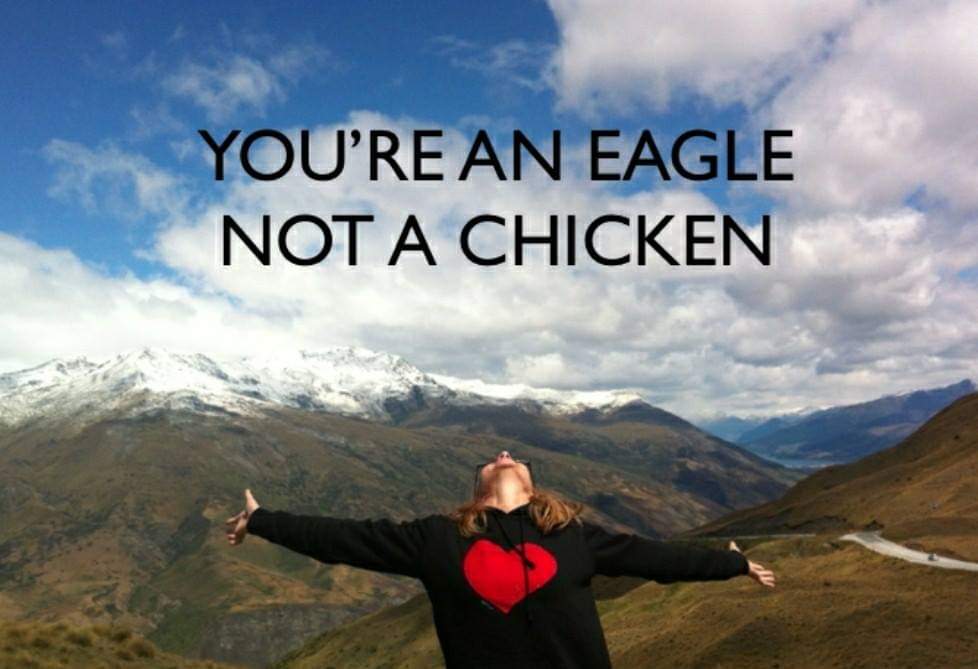 One thought on “Which One Are You?”